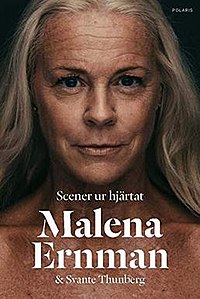 1. Scener ur Hjärtat (by Malena Ernman and Svante Thunberg).
Elena’s rating: 4 of 5 stars.
Greta Thunberg’s parents open their hearts in an honest naked story of tough side of their life, explaining Greta’s path. Hair-raising to read for a parent.  Strengths: the “behind-the-scenes” story of glamorous Malena, one of the top Swedish opera signers.  Weaknesses: the text is not always consequent. For example, in the scene with Greta jumping up and screaming that the prime minister on TV is lying when he is saying that all of us have had some negative effect on the planet, while at the same time using generalisations throughout the book.

2. Becoming Michelle Obama (by Michelle Obama)
Elena’s rating 3.5 of 5 stars.
Michelle tells the story of her childhood, supporting parents, how she and Barack met each other, and how it was to be the first lady. Lots of ground covered, but a real sleeping pill for myself, especially when listening to Michelle’s monotonic tone of voice. Also, felt almost like bragging with all the extraordinary things that she’s been doing.

3. Gott om Tid (by Bodil Jönsson)
Elena’s rating: 5 of 5 stars.
I loved her “Tio Tankar om Tid”, and I loved this one as well. Bodil is on the mission of slowing down the time, which is exactly what I need in my life as well. 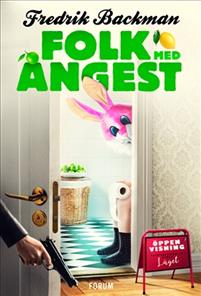 4. Folk med Ångest (by Fredrik Backman)
Elena’s rating: 4 of 5 stars.
Very entertaining, takes turns and you get fooled by the author all the time. Does not require too much of brain power and a nice read after a hard working day.

6. Bad Blood: Secrets and Lies in a Silicon Valley Startup (by John Carreyrou)
Elena’s rating: 5 of 5 stars.
Breathtaking from the beginning to the end and based on a true story of a med-tech startup in Sillicon Valley. 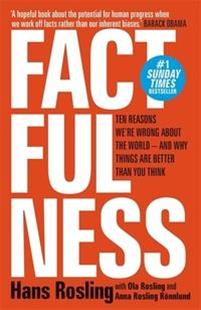 7. Factfulness (by Hans Rosling)
Elena’s rating: 3 of 5.
The facts were good, the repeated reasoning around them too trivial.

8. Weapons of Math Destruction (by Cathy O’Neil)
Elena’s rating: 4 of 5.
A book about artificial intelligence and it’s negative effects due to biased data.       Interesting real-life examples.

9. En Bur av Guld (by Camilla Läckberg)
Elena’s rating: 4 of 5.
The first book of Camilla Läckberg that I really liked. Read on one breath. The only thing that I did not understand is why she had to make the main character a murderer; unnecessary in my opinion, hence lower rating. 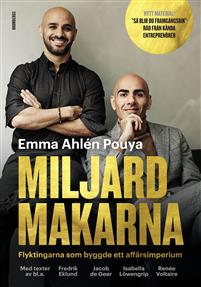 10. Miljardmakarna (by Emma Ahlén Pouya)
Elena’s rating: 4.5 of 5.
Inspiring story of two immigrants who built a commercial imperium in Sweden written by wife of one of them.

11. Den extraordinära berättelsen om Jonas Paulssons plötsliga död (by Alexander Karim)
Elena’s rating: 2 of 5.
Alexander is a great actor but has a way to go when it comes to books. This was his debut that from the beginning felt entertaining but in the end turned out to be a copy-cat of stories such as Groundhog Day, Memento or Benjamin button. 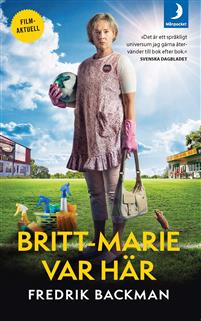 12. Britt-Marie var här (by Fredrik Backman)
Elena’s rating: 3 of 5.
A predecessor of Folk med Ångest that I read after it. Cute at times but too slow.

View all posts by Elena